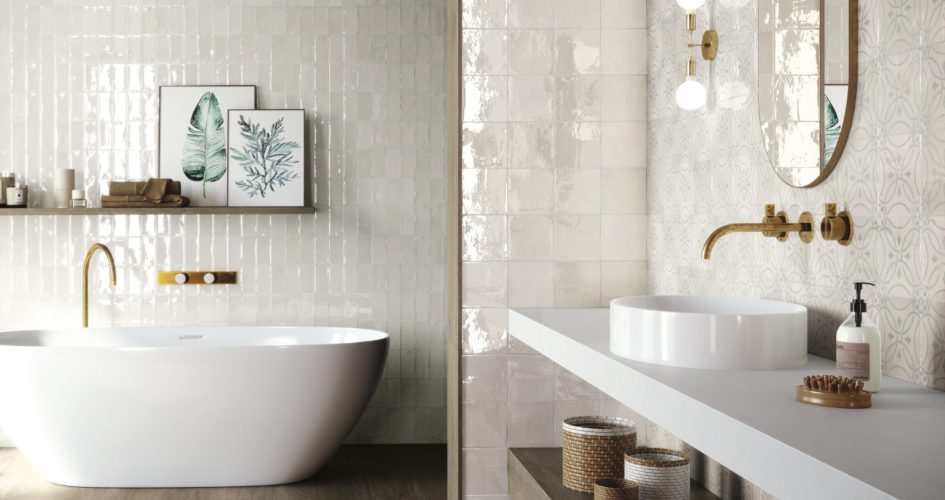 APE Grupo is expanding its design team with this new addition, who is joining the group’s own team in Spain and the partner team in Italy, headed by the architect Luigi Romanelli.

Founder and creative manager of Studio S, Sylvie Atanasio is one of the most respected tile designers in North America. With a successful professional career, she is the creator of some of the best-selling tiles in the USA.

With Fado, we have taken inspiration from Iberian ceramics to translate it into a way of understanding contemporary design.

To develop this collection, Atanasio has carried out an in-depth study of ornamental and graphic elements of traditional Portuguese ceramics in cities such as Aveiro, Oporto, Lisboa and Sintra.

As the American designer explains, she has created Fado for it to look and feel “like a traditional handmade tile”. “Tile making is a living art. I love the idea that I am not only making beautiful tiles, but I am creating a mood,” she emphasises.

Regarding the staging, Sylvie Atanasio imagines Fado “all over the house, in the toilet or in the master bathroom”. “I can visualise it in a kitchen entirely cladded with just one kind or with a mix of subtle designs tone upon tone,” she states.

The passage of time

One of the charms of the Carmen designer collection is the traces that the passage of time and weather conditions leave on its surface. Fado embodies a photo that captures this moment for eternity and freezes it.

To achieve this, cutting-edge digital technology has been used to accurately reproduce the glazes and handmade finishes. A perfect, eternal portrait of a material bursting with history.

The result is a series of six decorated tiles in a 13×13 cm format available in all the colours of the collection. The graphic representation is characterised by soft approach where the wear effect is subtle, but noticeable. The colour scheme is based on a modern version of traditional colours.